You are probably hustling in Christmas preparations now, wrapping gifts and decorating trees. Take a little break to read these five facts you might not know about your beloved holiday.

Do we really know when Jesus was born?

You might think that the Bible has all the answers but that’s where the trick is. The Bible doesn’t specify the date or even the season of Jesus’s birth. Some historians have a more specific take on the event. Based on the descriptions of shepherds and herding animals they concluded that he was most probably born in spring. It was only in the 4th century when the Catholic Church chose to transform the event into an official holiday. The date December 25 was chosen by Pope Julius I, which interestingly enough coincided with pagan festival Saturnalia.

Unfortunately, only for a while. You might have heard about the Christmas Truce of 191 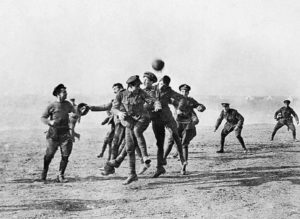 4 that seems too good to be true. On Christmas Eve during the World War I, the hostility stopped and French, German and English soldiers stepped into the No Man’s Land for a joint celebration. It all started when the Germans put candles in their trenches and trees and started singing Christmas carols. Then, suddenly they heard back, the British joined in the singing. Soon after that, greetings were shouted from both sides. Soldiers also exchanged gifts in form of food, alcohol, and tobacco. They even played football, creating one of the most iconic photographs of the truce. Joint burial ceremonies were held as well. There’s  a good French movie based on the event, you might wanna add it to your holiday watch-list.

The long tradition of Christmas trees 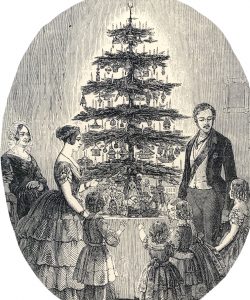 Trees have been decorated long before the arrival of the holiday. Germans used to decorate trees to brighten up their days and moods in the gloominess of winter solstice. But what we now know as the real holiday tree was first spotted in Strasbourg in the 17th century. Starting from there on, the worldwide spread of the fancy trees begun. In 1820’s they emerged in Pennsylvania as the German immigrants arrived. And after Queen Victoria married the German Prince Albert in 1840, he introduced the tradition to England. Some years after that an American newspaper published a picture of a royal tree after which tree decoration entered the American culture once and for all. Thank you, Germans, for making Christmas even brighter.

Cultures differ, so does their celebration of the holiday. People in Finland make their annual visit to saunas on Christmas Eve. The Portuguese celebrate the holiday with the deceased, setting up extra places at the table for their dead family members. While some families in Norway hide their brooms following an ancient tradition. Wait, what? It turns out that, centuries ago they believed that witches and evil spirits come out on Christmas Eve looking for brooms to ride on. So, if celebrating Christmas in Norway, you better hide your broom if you don’t want it to be stolen by a witch.

What is Xmas about?

How and why was the abbreviation created? Some believe it was originally intended to extract the religious aspect of the holiday, by taking out the “Christ” out of “Christmas.”  Indeed, the abbreviation clung to the mainstream and materialistic aspect of Christmas ever since. However, it was more of a chance rather than an evil anti-religious plan. The X in Xmas actually stands for the Greek letter “Chi”, the first letter of the word “Christos”. In a number of New Testament manuscripts, X is an abbreviation for Christ. So, Xmas is no less religious than you might have thought.

Now when enriched with knowledge, get back to your Christmas hustle. You’ll probably look at your Christmas tree with more fascination and appreciation than ever before. But we hope that the uncertainty surrounding Jesus’s birth date won’t prevent you from celebrating. Just kidding. Merry Christmas and Happy New Year!